The U.S. Federal Reserve shocked few observers and pleased even fewer when they cut interest rates for a second time this year in September.  The rate cut was widely expected, and had mostly been factored into securities prices. It was more of a ho-hum moment than a bullish surprise.

As the trade war has dragged on, and more companies are reporting slowdowns, the Fed has telegraphed that it would be willing to nudge interest rates down a bit as “insurance” to keep the business cycle moving.  Wall Street optimists seized upon this summer’s cuts (the first was in July) as reason to be bullish, as rate cuts have stimulated stock prices pretty consistently over the last few decades. If it worked then, it should work now, they reason.  But the predictable cause-and-effect of lowering rates exists only in textbooks. In reality, it is possible for investors to react differently to rate cuts over time. Unlike rocket science, whose predictability is backed by the laws of math, chemistry, and physics, financial models cannot be relied on to return the same result time after time, and over time.  Central banks around the world are now learning that for monetary policy, two plus two might not equal four anymore.

Interest rates have been like a magic elixir for stock prices.  And Wall Street’s mantra of lower rates reflects the conditioning that investors have undergone over the years.  For a stunning perspective, I’ll note that I got into the investment business in 1981, and have spent 38 years at it.  My entire career has been spent in a period of falling interest rates. It’s no wonder Wall Street has become conditioned to seek lower rates at any sign of trouble, because that very behavior on the part of the Fed has helped bail out investors at any sign of trouble, and propelled stock prices up to their current overvalued levels.

But the shoe is on the other foot now.  While investors nervously waited for rates to rise as the economy rallied under Trump, it turns out that they have done the opposite.  Treasury bond yields have fallen significantly since the beginning of 2019. Moreover, the drop in rates, which heretofore would have been met with woops of joy, are currently viewed as a sign of underlying weakness, rather than the catalyst for growth it once was.  It appears we are reaching the point of diminishing returns for monetary policy.

The point of lowering interest is, of course, to encourage borrowing.  After ten years of artificially low rates brought on by central banks’ “quantitative easing” (QE) efforts, debt leverage today is higher than at the beginning of the financial crisis in 2008.  We now have over $17 trillion dollars of negative yielding debt globally. Several countries have had negative yields throughout the past decade, yet have little GDP growth to show for it. Could it be we are reaching debt levels where the marginal utility of additional debt is approaching zero?

Yet central banks are resorting to the same old playbook as recessionary fears rise.  The European Central Bank (ECB) provides an example of this absurd doctrine by recently restarting quantitative easing programs and lowering their benchmark interest rate even further into negative territory (now minus 0.5%!).

The world has taken advantage of a decade of low rates and borrowed to the hilt.  One reason monetary policy may be less effective today is that leverage is already high.  When companies and households reach the point of maximum borrowing capacity, almost no interest rate will attract them to borrow more.  The willingness to borrow can and does change over time, lending credence to the notion that simply lowering interest rates will not automatically lead to a surge in consumption.

Another factor affecting monetary policy’s ability to work is the economic overlay.  In the depths of a recession a great deal of “creative destruction” occurs which increases capacity in industry and the workforce, and is accompanied by a significant drop in asset prices to attractive levels.  As rates fall in a business downturn, it becomes more cost effective to borrow to take advantage of competitor’s misfortunes, refinance existing debt, or speculate on expanding or the securities markets. But at the peak of the business cycle, many of those incentives are absent, prompting economic players to hoard cash and take a risk-averse approach to investing.  This is the point when monetary policy is least effective, and has been referred to as “pushing on a string” when it has occurred in the past. In other words, the Fed can provide all the incentives it wants, but economic worries fail to motivate more borrowing.

Finally, while business school catechism teaches that “rational” man will always respond in a predictable way, they ignore the complex psychological aspects to booms and busts.  Trump’s election unleashed the “animal spirits” of the business community who viewed him as their savior from onerous regulation and anti-business political leaders. Faith in economic expansion was self-fulfilling.  If the public is confident enough in the durability of the boom, even a big shock may not stop it.

Consumer psychology has been one of the bright spots this summer as pundits have tried to predict whether a recession is on the way.  Despite warnings from the likes of FedEx, Corning, and U.S. Steel that the trade war is negatively impacting their businesses, the American consumer has remained confident, residing at the high end of its historical range for most of 2019.  But even indefatigable consumers have their limits, as evidenced by the latest consumer confidence report. It showed the largest drop for the year in September. While it is still hovering at high levels, the drop caught many economists off-guard, underscoring how trade and tariff tensions have rattled not only companies, but now the people who work for them.

It is still too early to sound the alarm about a recession, as there are as many positive factors present as negative ones.  For instance, in addition to constructive consumer confidence and housing data, the Fed of Atlanta’s GDP Now report estimates that growth will be about 1.9% for the third quarter, and the Conference Board’s Leading Economic Index is solidly positive.  Hardly a cause for panic, but measures to keep an eye on as we head into the end of the year. If conditions deteriorate from here, however, we will be offered the false hope from the Fed that monetary policy will be the panacea for all the ills of investors.  It won’t be. Thus, smart investors should not count on the ability of central banks to bail out the securities markets when times get tough, and should focus on good old-fashioned security analysis instead.

In the realm of Wall Street, stock and bond markets appear to be living in two different worlds.  Stocks came within a hair’s breadth of setting new highs in recent weeks, riding a wave of hope that a trade deal with China can somehow be cobbled together.  Spirits were also boosted by soothing words from the Fed that they would lower interest rates if warranted. It seems stock investors do not want to let go of the gains they’ve enjoyed for 2019, despite repeated warnings from companies about softening business conditions.

There is no arguing about the direction of the Dow, S&P 500 and NASDAQ 100 indexes, which are clearly in uptrends.  Smaller company indexes are not so positive, and their weak chart patterns are likely indicating that the small fry are being liquidated and reinvested in the large blue chips, a time honored behavior at market peaks as investors try to reduce risk while still staying invested.  Moreover, our old friend the NYSE Bullish % shows less than half (47%) the components of that index are on buy signals, supporting the idea that a relative handful of blue chips are getting the bulk of investor dollars at this time. Thus, while indexes flirt with new highs, the underlying strength of this rally is built on tenuous foundations.

Bonds, on the other hand, are priced for recession.  The U.S. 10-year T-Note trades with a 1.65% yield as of this writing, and the 30-year trades at a 2.1% yield.  These hardly reflect expectations for the boom times to continue, and may be indicative of expectations that the Fed will cut rates way more than expected.  In either interpretation, it is in stark contrast to the bullish message from the popular stock indexes.

Which market is correctly foretelling the future?  No one can say for sure, although this is one of the greatest dichotomies in modern market history.  What we can say with some confidence is that if recession becomes more tangible, central banks will continue to use the same ineffective policies to fight the downturn.  They may even reduce rates to zero, hoping for some chemistry between borrowers and the price of money. But it isn’t a simple chemistry experiment. Given today’s high degree of leverage, the fractious state of trade relations, and teetering consumer confidence, investors should expect future monetary policy to fizzle rather than sizzle. 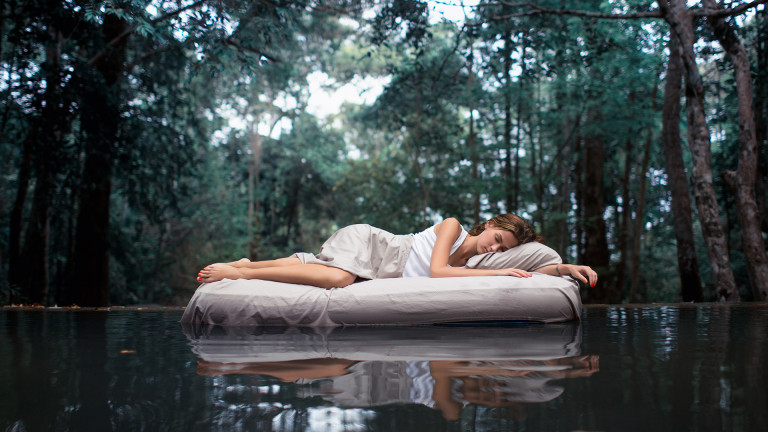